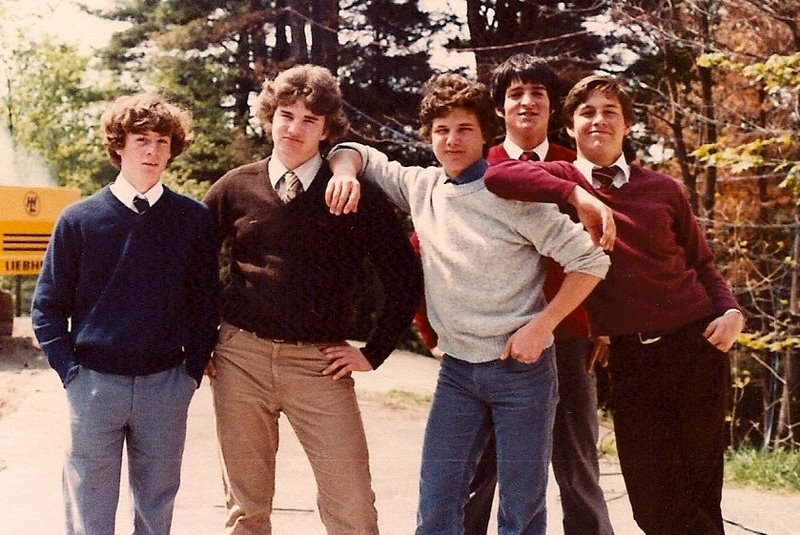 The Sedbergh community is saddended to hear about the death of Chris Lynch, class of '81. Friends of Chris have posted comments on the Sedbergh Facebook page which strike us as a very appropriate obituary and we are posting some of those comments here. A number of other appropriate comments about Chris are on the Facebook page and can be read there if you are a member of the FB group.

Chris will be missed by all who knew him and we send our sincerest condolences to his family and friends.

From Vince Purino:
It is with a heavy heart that I am writing to inform you the Chris Lynch passed away (class of 1981). Chris was the head boy the year after the fire. He was a dear friend of mine and will always be remembered as a great leader, father, and friend. He leaves behind his wife Carol and his 2 sons Aiden and Liam.

From Karel Dubravcik:
He was a great friend of mine and my family. Always supportive and thoughtful. He will be missed. Our condolences to his wife Carol and his boys Liam and Aidan. RIP my brother.

From Glenn Prior:
I shared duties, and great times with him at school. He was our Headboy. We all loved and respected him. He set the tone for my Sedbergh experience. I looked up to him, and respected him for his hard work ethic, his patience with those younger than him. His humor. He was an exemplary leader. I was proud to stand beside him, and have him represent the finest of Sedbergh. Rest in Peace my Brother.

From Mark Barber:
Gutted when the news hit me at the beginning and of the week. I have special memories of Chris as he was the first boy to be the head in several years. He was the perfect choice and he along with his school mates were very involved with the school after the fire. As I remember they returned to school early voluntarily to start getting the school ready before the students arrived. Chris was a excellant mechanic and knew his way around the garage like Tommy . He lead responsibly and was liked by all. I used to see him often after Sedbergh as he worked not far from where I was. He joins students like Chris Prior in another place most likely making new impressions . RIP .. all our condolences to his family.

From Duncan and Janet Hossack:
Chris was a very impressive young man in the days when Janet and I knew him. Clever, funny and mature beyond his years; he was a real force for good. I am so sorry to read of his death.